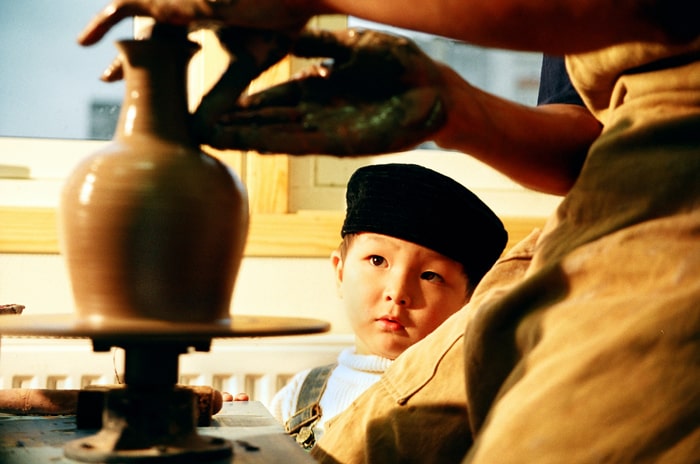 Day 1: Tashkent
Today you will explore city of Tashken during your sightseeing tour in Uzbekistan. The starting point will be Independent Square, which was erected for the honor of the victory over fascist Germany during the Second World War. Further, you will take a short walk to Amir Timur Square through the beautiful local Broadway. Later you will have a chance travel on Tashkent subway. City metro is one of the beautiful subways in the world, which works since 1977. Next remarkable places are colorful Chorsu Bazaar and old Kukaldash Madrasah. Many madrasahs, mosques and mausoleum in Hast Imam complex. The most remarkable heritage is Othman Quran, the oldest copy of the holy Quran in the worls. It dates from 8th century. The third Caliph Othman Ibn Affan possessed this book (one of the four Caliphs who succeeded prophed Muhammad). He was murdered by his non muslim enemy during 8th century. Nowaday , you can see blood stains spread on the sheets of the book. Overnight in a hotel.

Day 2: Tashkent- Nukus (morning flight)
The morning flight will take you to Nukus. After arrival, you will embark on city tour, starting from Museum of Savitsky, where the banned works of art are exhibited which you will enjoy during your travel. This museum hosts 20th century masterpieces of avant-garde like group of Sokolov, Komarovskiy and Amaravella. The head of the Karakalpakstan state museum organized the museum exhibition during 1960s. He bought some of the prohibited paintings from soviet artists; some just gave them free. Until the exhibition, he perfectly kept them in Central Asian art house in remote area. After excursion in extraordinary art-house, you will drive to Mizdakhan necropolis in the outskirts of the town, famous in Uzbekistan. According to the archeological investigations, it was a city during 4th century BC and 14th century AD. Stay in a hotel.

Day 3: Nukus - Kungrat - Sudochye - Aral Sea (420 km, 9 hours)
In early morning, stsrt for a long way to famous Aral Sea of Central Asia. During the nine hours of tour, you will drive pass following destinations during your travel: Nukus - Kungrad - Plato Ustyurt - Sudochye Lake. En route, have a break at Gaur-Kala Fortress, in translation means "fortress of the infidels". Still can be seen some remains of originally 10-meter high defensive walls of fortress, which was built in 4th century BC. Nowadays it hard to say, how the whole building looks like in the beginning. You will arrive to final destination Aral Sea at late twilight and the camp will be ready while you are exploring the site, popular in Uzbekistan. You will enjoy open-air dinner and sleep at tent.

Day 4: Aral Sea - Muinak - Nukus (440 km, 9 hours)
You can capture the amazing photos of surrounding in early in the morning. You will continue traveling and enjoying your adventurous tour to beautiful canyons of Ustyurt. Later in the direction of Muinak, within the dried part of the sea. The sea drought hardly influence on the life local settlements nearby. One of the obvious examples is Muinak town. Before it was the biggest port and fishery center of Karakalpakstan, part of Uzbekistan. In Muinak, you will see the remains of the ships at the old shore of the Sea and you will also visit town museum. Further, drive back to Nukus. Night in hotel.

Day 5: Nukus - Ayaz Qala - Tuprak Qala - Khiva (290 km, 6 hours)
Your journey will continue your tours to the oldest Uzbek city Khiva.  The city offers exceptional beautiful sites of the history. The history of Khiva closely related with the Khorezmshah's State, whose capital was Urgench near Khiva. Compare to other cities in Uzbekistan, Khiva was the most developed town along the Great Silk Road where travelers stopped by. According to the 10th century resources, almost all traders from East to West stopped over Khiva. Every time city opened its doors to the long string of caravans and host them in his warm and safe environment. On the way, you will visit remains of ancient civilization: Ayaz Qala and Turpak Qala. Ayaz Qala served as a fortress during Khorezm State, was built in II century AD. According to old folklore, it was named for the honor of brave slave warrior Ayaz. Another fortress Tuprak Qala was established in I or II century AD and was kept until 6th century. The name Tuprak means clay fort, in ancient time Khorezmian leader Artav used it as a palace.  Long-lasting conquering and wars over centuries destroyed the forts. Arrive to Khiva and stay in a hotel.

Day 6: Khiva city tour
Today's city tour will take you to ancient times of the history. You will start from inner part of the city-Ichan-Qala. Thick walls protect this most remarkable part of the city in the middle of the town. Ichan -Qala boasts with more than 400 traditional houses and over 60 masterpieces of architecture. Ancient sound buildings, palaces, mosques, madrasahs, mausoleums, minarets, caravanserais, bathhouses make Ichan -Qala unusual city museum during your travel. The most wonderful monuments of Ichan -Qala is Kunya -Ark fort, Muhammad Arang Khan constructed it in 17th century in Uzbekistan.  Others are minaret Kalta Minor and palace Tash Khouvli, glorious examples of old Khorezm architectural art of 1830s.  Night in a hotel.

Day 7: Khiva - Bukhara (440 km, 7 hours)
Your today's adventure continues to wonderful city Bukhara to make another unforgettable tour. There are more than 140 historical monuments, which make Bukhara whole museum of ancient architecture. The city has an atmosphere of medieval ages, narrow streets, green parks and gardens. Most of the buildings located close to each other, so you will enjoy walking among diversity of architectural beauties. En route to Khiva, you will see the deepest river in Central Asia- Amu Darya. It starts in Tajikistan with the joint of Panj and Vakhsh Rivers and flows to Aral Sea which you will be told during your tour. While you drive, you will also have an opportunity to see endless Kyzyl Kum desert, which is on the major part of Uzbekistan. After our arrival, enjoy free time. Night in a hotel.

Day 8: Bukhara
After breakfast, you will start an exciting city tour of fascinating Bukhara.. Today's first site is oldest citadel, which is called Citadel Ark dating back to 4th century. Many dynasties of Bukhara Emirate used this place as a residence palace.  Next will be the fine masterpiece of 9th-10th century architecture -Samanids mausoleum. Then tour will take you to the extraordinary Chashma Ayub (Spring of Job) and Bolo-Hauz mosque, also famous as a mosque of forty columns constructed for the honor of Abu-Fayud Khan, the city's governor. Further, you will have plenty of time to explore outstanding madrasahs like Nodir Divan Begi under the Lyabi House Ensemble, the remarkable site of Bukhara. The shopping domes will be part of the tour during your travel. In the end of the tour, you will see Poi Kalon complex consist of three constructions: Kalon minaret, Kalon mosque and Mir Arab Madrasah. These are unusual examples of artwork dating back to 12th-16th centuries. Overnight in a hotel.

Day 9: Bukhara - Samarkand (290 km, 3.5 hrs)
Today you will continue to another amazing city Samarkand. Samarkand is the second biggest city in whole Uzbekistan and lies in the Zerafshan river valley. Furthermore, it is one of the oldest cities coeval with Babylon and Rome. The most remarkable places of Samarkand are Registan square, Shakhi-Zindeh, Mausoleum Guri Emir and Bibi Khanum Mosque. First visit will be to Registan square, which attracts millions of people with its three astonishing Madrasahs. These monuments of the complex is making every visitors admire the unique beauty of these masterpieces of 15-17th centuries. Another architectural complex is Shakhi-Zindeh, which was included into the list of UNESCO World Heritage Site. It consist of the largest assemble of mausoleums built in 11-15th centuries which you will learn during your travel. The Bibi Khanum Mosque, which was constructed for the glory of Tamerlane's wife, following his victorious conquer to India. Night is in a hotel.

Day 10: Samarkand - Tashkent (train)
After breakfast, you will continue discovering Samarkand. The first site will be Observatory of Ulughbek. Ulughbek was outstanding leader and scientists of Samarkand. He was the one who categorized celestial bodies.  In his catalogue named "Zidji Guragoni", he wrote about 1018 celestial bodies. He lived during 15th century and unfortunately, his own son organized his death.  After lunch, you will explore Main Street full of teahouses, sweets and workshops, souvenir shops. Later you can walk to National Bazaar "Siab", fast moving and colorful local bazaar offers traditional crafts and handmade sweets. After enjoying Samarkand sites, take a train to Tashkent. Night in a hotel.

Day 11: Flight
Transfer to airport according to flight schedule.