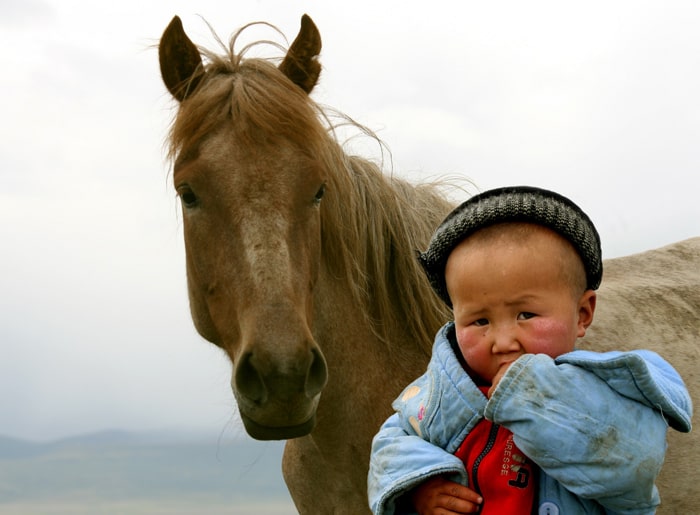 Day 1: Almaty - Issyk Lake - Almaty
Today will be a day tour to Issyk Gorge, which is located on the Kuldja tract, well-known in Kazakhstan. Centuries ago, this area was used by caravans connecting East with West, travelling on the Silk Road. En route, you will visit the State Historical and Cultural Museum-Reserve "ISSYK", here you will learn more about Saka-Scythian tribe lived here in ancient time. There is a copy of the famous Golden Man and many other artefacts like ancient ceramics, weapon, elements of horse equipment, as well as the model of the burial mound belongs to Saka tribe. Further, you will go along the gorge to the Issyk lake, which is located at the altitude of 1756 m. the reason of formation about 10,000 years ago was colossal landslide. As a result, now you are able to see natural dam of 300 meters in height. Here you will relax at the brilliantly blue colored lake and enjoy surrounding. Your guide will tell more about this place and about disaster happened in 1963. After fully enjoyed the nature, you will drive back to Almaty. Overnight in a hotel.

Day 2: Almaty - Tamgaly - Almaty
Today you will explore another amazing site for a tour in Tamgaly, which is located in the north-west of Almaty in 170 km drive, during your travelling in Kazakhstan. On the way, you will enjoy the charming beauty of the landscape. Tamgaly Gorge is famous with its extraordinary ancient rock paintings, which is called petroglyphs. Tamgaly petroglyphs has spectacular examples of ancient art. Nowadays, it is in the list of UNESCO World Heritage since 2004. There different pictures depicted on the stones: animals, hunters of some scene where they try to give the idea about the lifestyle of those people. According to the estimates, there are about 2000 drawings in the gorge. Here you can see the images of solar deities, clowns, soldiers, married couples, pregnant women, multi-figure compositions, scenes of hunting and sacrifice. Majority of the petroglyphs dating back to Bronze Age and in Saka animal style. It also said that this place where the rock paintings was used as a huge temple, where ancient tribes hold their ritual ceremonies, perform magic rituals, worship of the gods and the spirits of ancestors. Drive back to Almaty. Stay in a hotel.

Day 3: Almaty - Nur-Sultan
The morning flight will take you to capital city Nur Sultan for a tour. During sightseeing, you will explore both old and new part of the city. You will start from Constitution Square, Museum of the First President of the Republic of Kazakhstan* , where you can see the Golden man. Next stop will be the biggest shopping center Khan Shatyr. It is an extraordinary architectural work and give a good idea about nowadays city life that travelers adore a lot. Later you take a lift to reach the top of monumental tower "Astana-Baiterek". This building opens the greatest view to the city. After lunch at local restaurant, where your guide will have good recommendations from local cuisine. After lunch, you will visit Kazakh Eli Square via the bridge on Ishym River. Nur Sultan boasts with its moder architectural monuments, one of them is the Palace of Peace and Accord. Later it is worth to see the glorious beauty of the Khazret Sultan mosque.  In the end, transfer to hotel.

Day 4: Alzhir
The first half of the day carry on exploring the city during your tours. In the morning, visit  Constitution Square, Museum of the First President and Congress Hall. The most remarkable part will be detailed excursion in National Museum of History of Kazakhstan. Afternoon, you will depart to Memorial Complex of "Alzhir' in the Malinovka village. It was the Akmola camp, where the wives of betrayers of motherland were put about which you will learn a lot during your travel. It is one of the main islands of "Gulag Archipelago" and the biggest camp in Soviet Union. You will also visit Museum and Memorial Complex of Victims of Political Repression and Totalitarianism, which was organized on the place of concentration camp in 2007. The monuments in the complex like "Arch of Grief" at the entrance, "Despair and Powerlessness" and "Fight and Hope" in the center for the memory of the families who suffered during that time. The impressive tunnel monument symbolize the calamitous times of parting with children, cruel and unfair court of the Three, a prison cell and a punishment cell, helps to plunge into the atmosphere of repressions. Return to city and night in a hotel.

Day 5: Flight
In the morning, transfer to the airport according to flight schedule.