Tour 2: Wonders of China
Duration: 7 days
Places to visit: Beiging - Urumqi - Turpan - Xian - Beijing
Day 1: Beijing
In the morning we will meet you at the airport and make transfer to the city. Today you will have a city tour. First of all you will have a great chance to visit The Great Wall. It is one of the greatest wonders of the world, was listed as a World Heritage by UNESCO in 1987. Just like a gigantic dragon, it winds up and down across deserts, grasslands, mountains and plateaus, stretching approximately 13,170 miles (21,196 kilometers) from east to west of China. With a history of more than 2 000 years, some of the sections are now in ruins or have disappeared. However, it is still one of the most appealing attractions all around the world owing to its architectural grandeur and historical significance. After you will have a city tour of Beijing. Night is in a hotel. 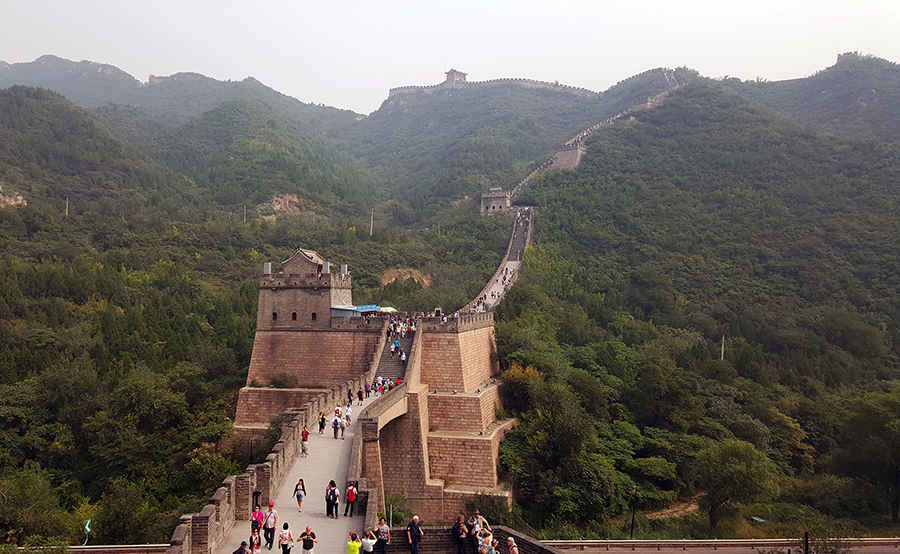 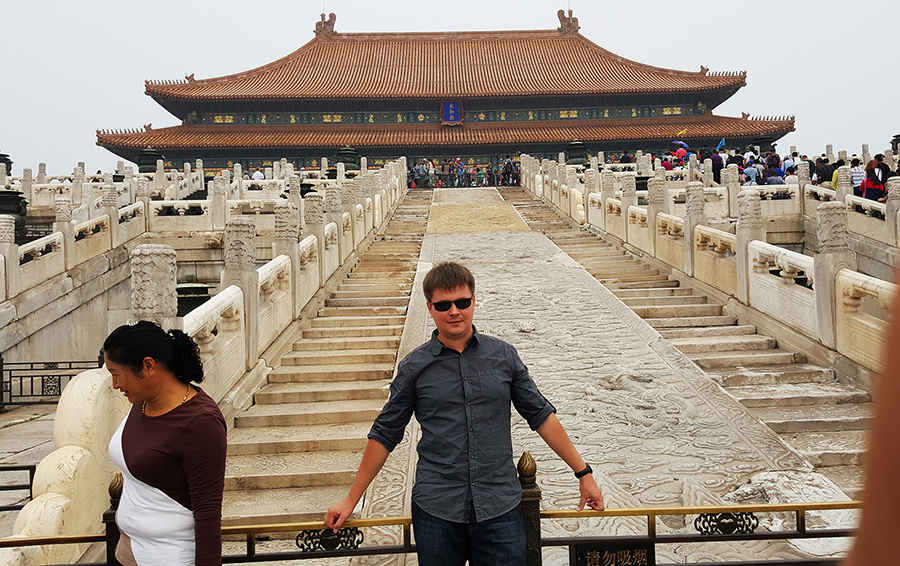 Day 2: Kashgar - Urumqi - Turpan
In the morning you will have a flight to Urumqi. There you will visit History Museum. After it we will drive 150 km to famous Turpan region. It is situated in a mountain basin at an elevation of 30 m (98 ft) above sea level. And there is also the lowest point of China at the bottom of dried lake - minus 80 meters above sea level. Turpan has dry climate and it is the most famous place for grape gardens. Turpan has been long time the center of a fertile oasis and an important trade center. It was historically located along the Silk Road, at which time it was adjacent to the kingdoms of Korla and Karashahr. Night is in a hotel. 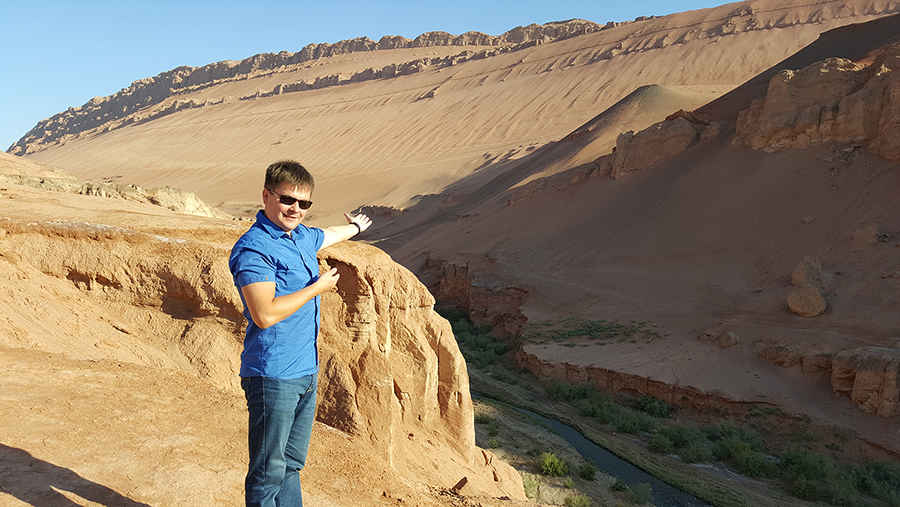 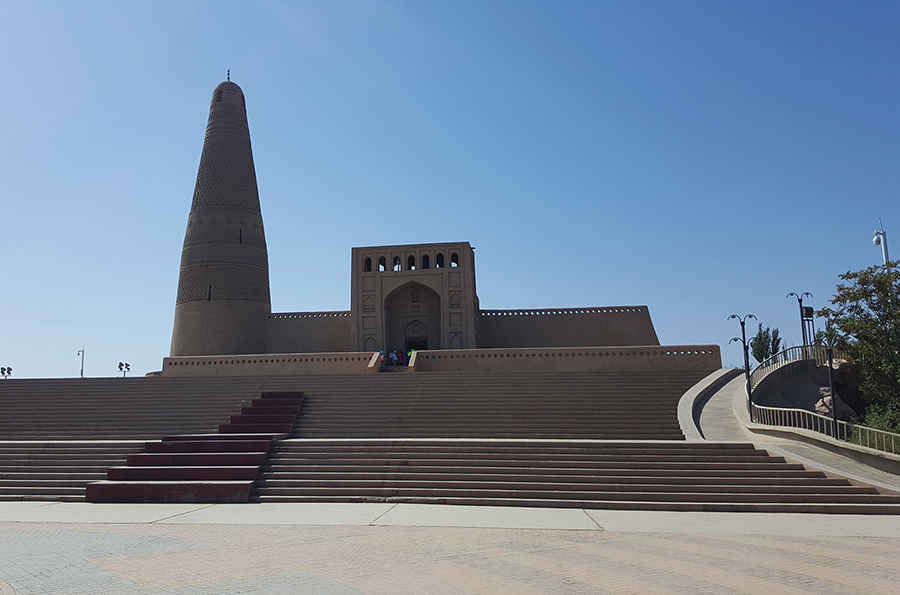 Day 3: Turpan - Xian
In the morning we will drive to famous Flaming Mountain and after them visit the Bezeklik Thousand Buddha Caves. It is one of the most important Buddha grotto relics in Xinjiang Uygur Autonomous Region. It was built during the Northern and Southern dynasties (386-589) and for 700 years, it remained the Buddhist center of the Western Regions. Then we will drive to visit Emin Minaret. After it we will drive to the Ancient City of Jiaohe. It was the capital of the former Gushi Kingdom, which was first built in 60 BC to the west of Turpan City. It has a long history of about 2,300 years. It is the largest and best preserved ancient city built from compressed earth anywhere in the world. Then we will drive back to Urumqi to have a flight to Xian. Night is in a hotel. 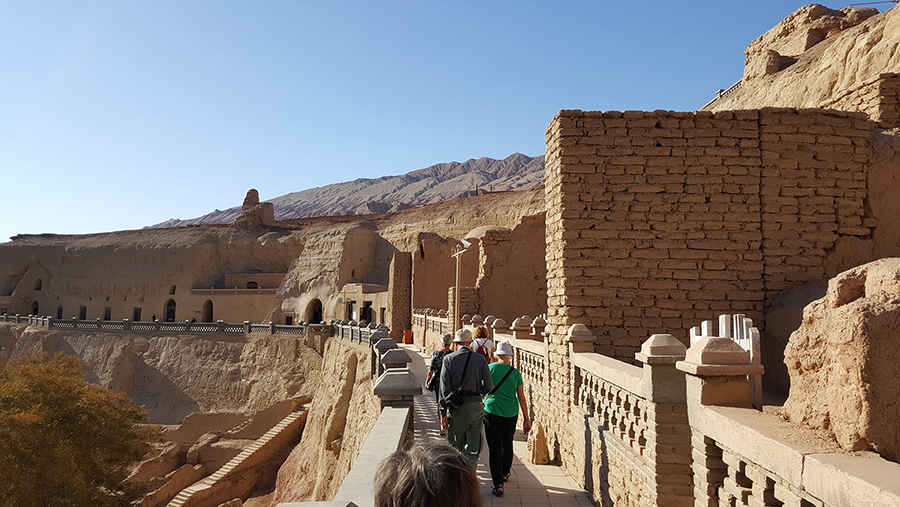 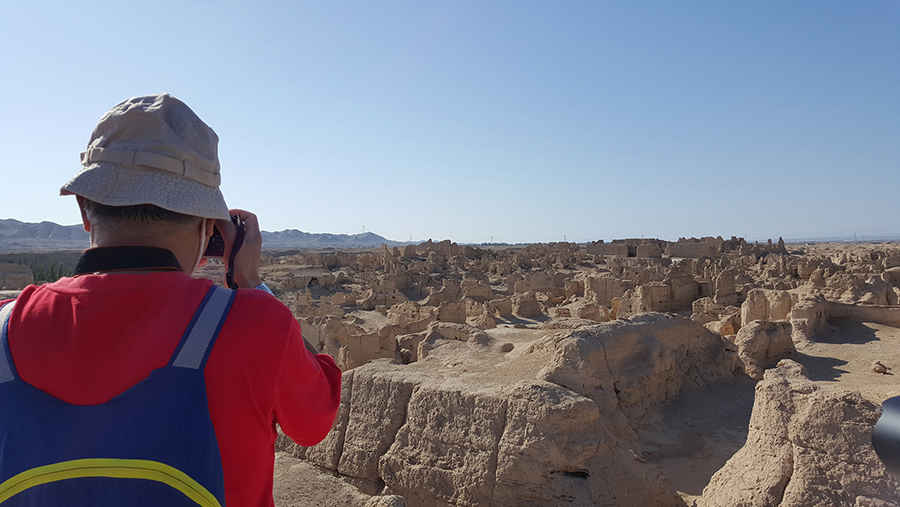 Day 4: Xian
Today you will visit Terracotta statues. It is considered one of the greatest archaeological sites in the world, and one of the greatest discoveries of the 20th century. It is significant because the hundreds of detailed life-size models represent the army that triumphed over all other Chinese armies in the Warring States Period  2 200 years ago. Why Were the Terracotta Warriors Made? First Emperor Qin ordered the creation of this army to be buried with him: as a show of his glory, and because it was believed that objects like statues can be animated in the afterlife, and Qin Shihuang required an after-death army.  Then we will drive to visit Imperator luxurious palace - Huaquings Hot Springs. You will have time to walk around to see its garden. In the evening you will see Tang Dynasty Dance show. Night is in a hotel. 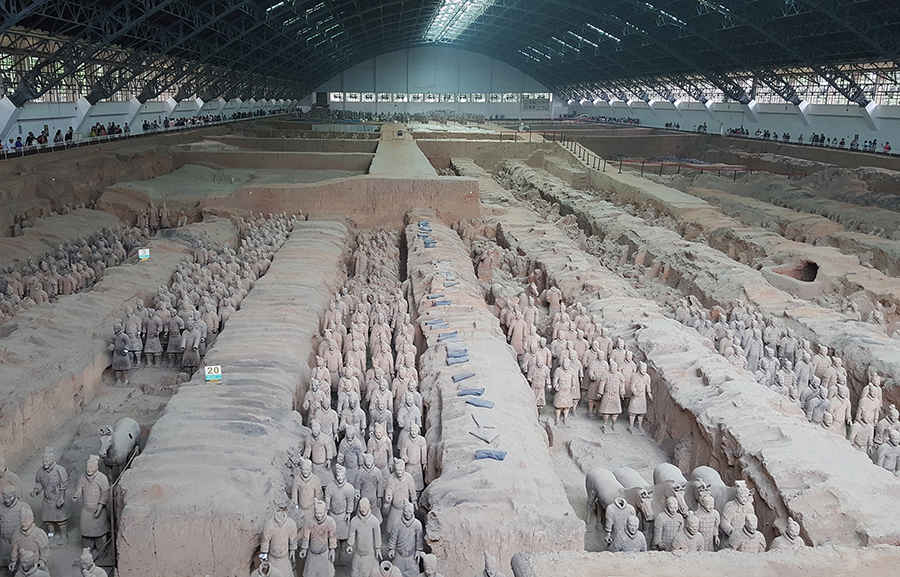 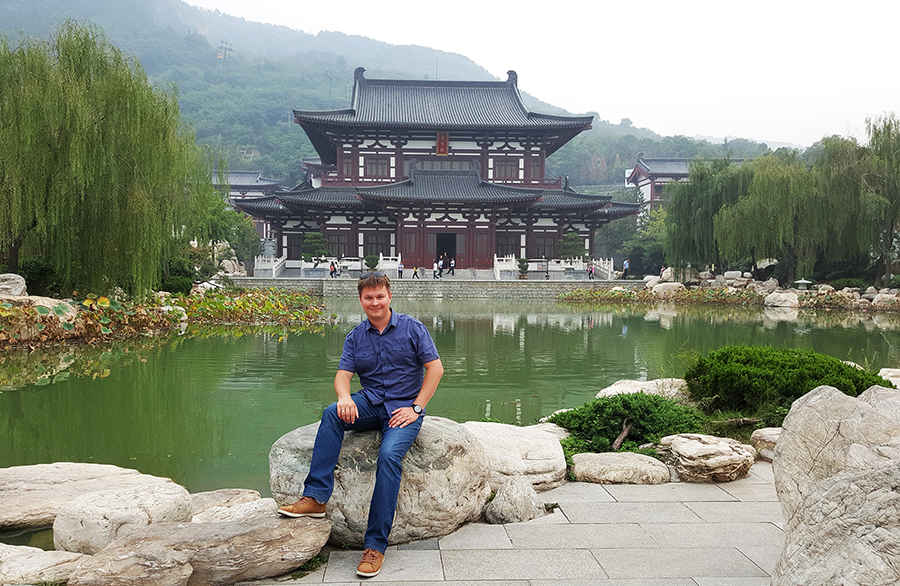 Day 5: Xian - Beijing
Today we will drive to see Wild goose Pagoda. It is a well-preserved ancient building and a holy place for Buddhists. It is rated as a National Key Cultural Relic Preserve. In addition, it was added to the World Heritage List. After it we will visit Muslim quarter, where you will see amazing bazar. We will show it to you today and you will be able to take a lot of dynamic photos of bustling local life. This bazaar is a noisy and colorful tapestry of fabrics, produce, and people selling and buying goods. Then we will walk to see City Wall. In the evening is a flight to Beijing. Night is in a hotel. 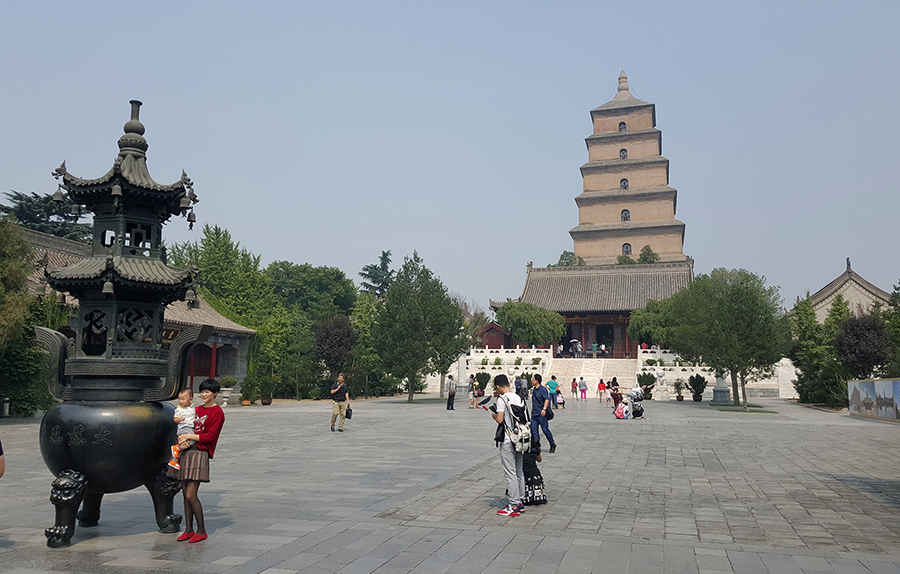 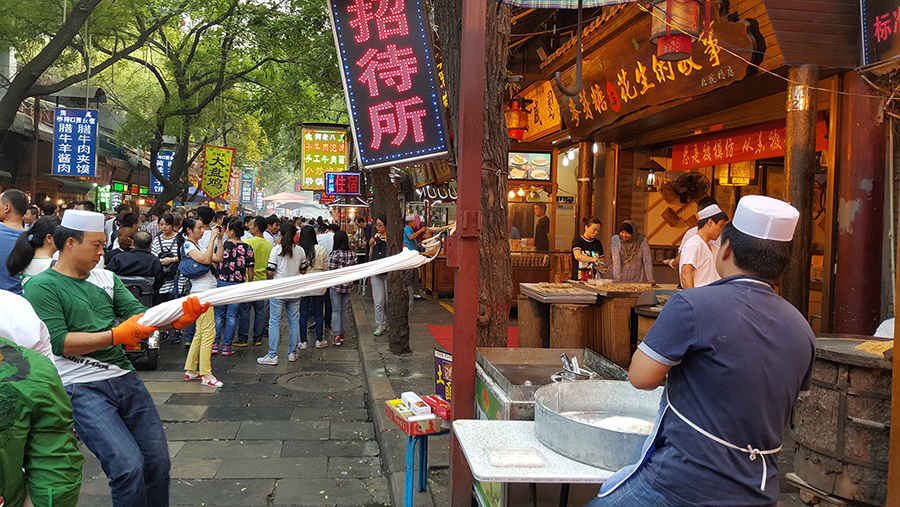 Day 6: Beijing
In the morning you will visit Forbidden City. It was the imperial palace for twenty-four emperors during the Ming and Qing dynasties. It was forbidden to enter without special permission of the empeor. Hence its name "The Purple Forbidden City", usually 'The Forbidden City'. It is the world's largest palace complex and covers 74 hectares. Surrounded by a 52-meter-wide moat and a 10-meter-high wall are more than 8 700 rooms. In the afternoon you will go to Summer Palace. Being the largest and most well-preserved royal park in China, it greatly influences Chinese horticulture and landscape with its famous natural views and cultural interests, which also has long been recognized as "The Museum of Royal Gardens". The construction started in 1750 as a luxurious royal garden for royal families to rest and entertain. It later became the main residence of royal members in the end of the Qing Dynasty. 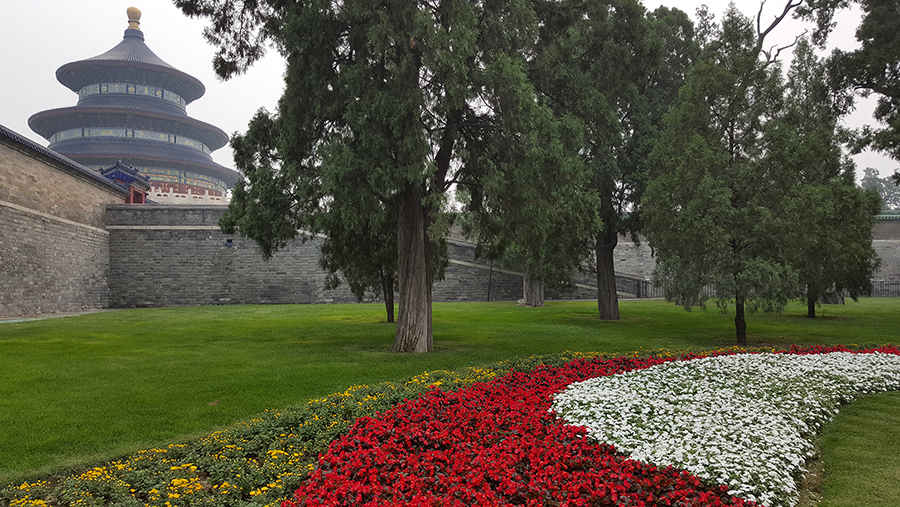 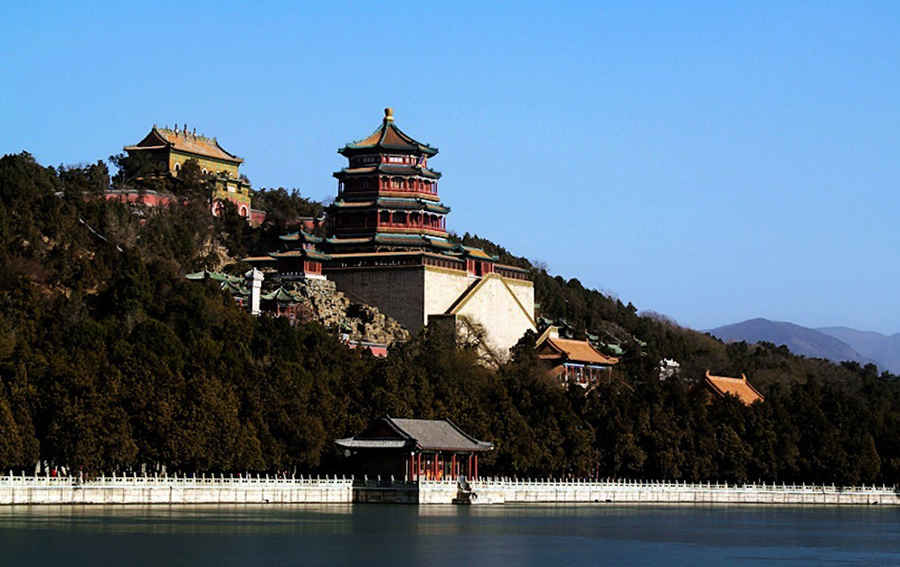 Day 7: Flight
In the morning is transfer to airport.
China or Zhong Guo, as the Chinese themselves call it, is one of the most amazing and mysterious countries in the world. The birthplace of paper and printing, gunpowder and compass, silk, porcelain and many other useful inventions and discoveries, he invariably attracts the attention of historians, researchers, travelers. You will see China on the Wonders of China tour, which is located in the southeast of the Asian continent and resembles a huge bird soaring in the sky, modern China is the heir to a great civilization, whose annals span about five millennia.
Contact us!
E-mail: tours@travel-experts.kg
Telephone: + 996 555 99 37 33 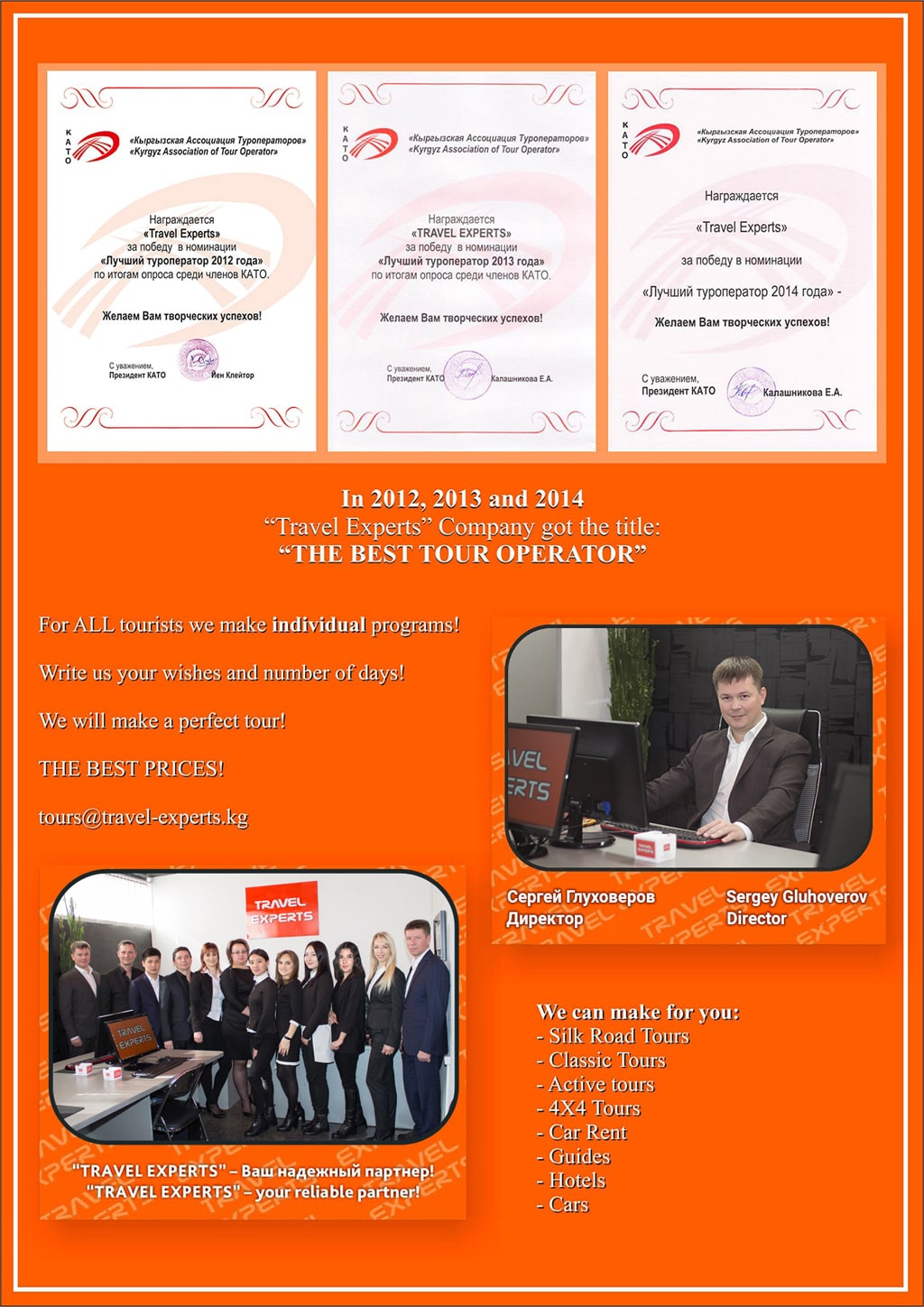